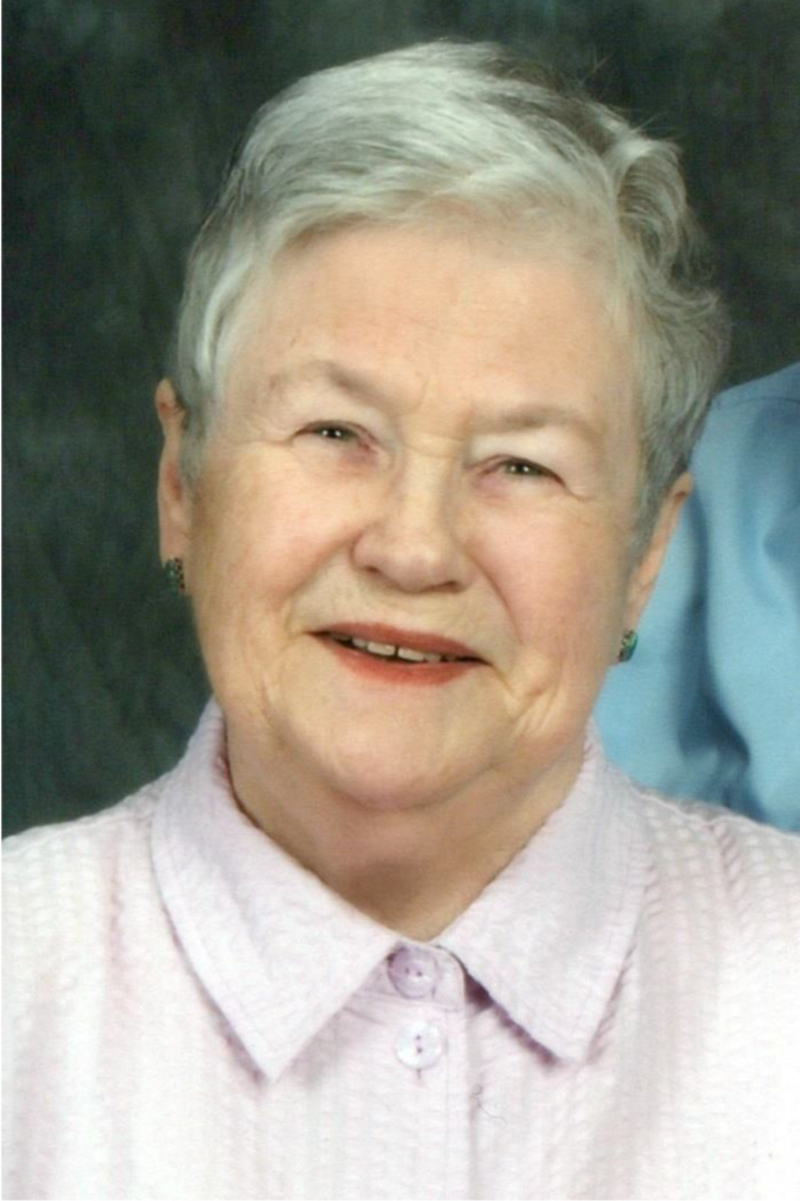 Gracious God, grant us grace to follow your blessed saints in lives of faith and commitment, and to know the inexpressible joys you have prepared for those who love you, Amen

We are surprised but not surprised to be back to celebrate the life of Betty Stebbing, so soon after the celebration of Don’s life before Christmas.
We gather to remember, mourn and commemorate a very special and gifted person; Betty Stebbing. Both she and Don played a huge part in the lives of so many people in their family, in their work, amongst their friends, and of course in the life of the Church, especially at Epiphany but also at St Thomas, Vancouver. It is wonderful to join together to celebrate this life because there is so much to celebrate.
Betty and Don are two of my heroes. When I arrived at Epiphany and wanted to work on a few projects; it was often to these two people I went for advice and counsel.
Both in their own and separate ways they have left their mark on this parish and St Thomas, Vancouver where they worshipped for many years before their move to Surrey in the 1990’s. Both had strong opinions and did not mind expressing them – but in my experience, always in a polite and respectful way.
As you may have read, Betty was a keen outdoor person, climbing the second highest mountain in Scotland, which is higher than Grouse. Living during the Second World War, her family like everyone else, was subject to rationing. I hear her mother asked Betty to visit the butcher where he trademark smile would sometimes mean a little more meat than was strictly due for the family.
After the War the family had planned to move to Canada, but her father died suddenly when Betty was still in her teens. However they still came a year later to Kamloops, living at first with relatives on a sheep ranch. At school (Grade 12) Betty was teased for her Scottish ascent, but one Don Stebbing found this attractive, Betty thought he was cute and the rest is history.
After High School Betty came to Vancouver and studied at the Vancouver School of Art; the butterfly on the bulletin is one of her sketches. In Kamloops she studied and worked in a TB sanatorium.
In 1950 Don and Betty married where Elaine, Gordon, Dianne and Karen were born. Seven years later they moved to Vancouver and joined St Thomas. Betty volunteered with the uniform groups, joined ACW (Anglican Church Women), serving on Parish Council and was Chair of the Canonical Committees that appointed the first woman priest to the parish. Betty also involved in most of the lay ministries of the parish. At a diocesan level Betty sat on the board of ACW was on the board of St Jude’s Anglican Home for nine years, two as president.
Betty became very involved in hospital ministry in Vancouver, and later became a chaplain at Surrey Memorial Hospital.
In the midst of all this activity Betty, as many of us know, was diagnosed with a life-threatening illness. It took five surgeries, 16 years and much family and church support (prayers and meals) which meant so much to her and Don.
In the 1990’s Don and Betty moved to Surrey and carried on at the Church of the Epiphany where they had left off at St Thomas.
Betty and Don saw four children, 6 grandchildren and 4 great-grandchildren who all loved to spent time with them. She had a great sense of humour, told jokes and pulled faces to make people laugh. She was a great host and loved to entertain family and friends. Betty had a life-long love of words, crosswords and reciting poetry, especially Robbie Burns.
At the Seymour Room at the Bay downtown, Betty Dediluke (Carol Williams’s mother) helped Betty get a job there. Aside from a first class dining experience, the ladies in the kitchen had lots of fun, and Betty was the life and soul of the party at work as well as amongst the community at St Thomas.
Another time on a visit to Summerland, Peggy Upton told me, and a large, boisterous group were gathered for a meal. Betty however wanted Grace to be said before the meal but it was a challenge to get people’s attention. So Betty climbed on a table and had people quieten down and Grace was said.
Cheryl Tobias met the Stebbings when she arrived in Canada. She describes Betty and Don as being a ‘vibrant part of the fabric of the St. Thomas’. Most of all, Cheryl says, when I think of Betty, the image that comes to my mind first and most strongly is her smile.  The picture on the cover of the bulletin perhaps captures that smile.
Betty was person of faith, courage, with a sense of purpose and lived her life to the fullest. We have all been privileged to have known her (and Don) and glad to have been part of her life in a myriad of ways.
In our lives we have all met people who have inspired us, encouraged us, been there for us and sometimes given us a push to get something done. Betty was all those things and so much more. She was such an excellent mentor and extraordinary role model for both women and men.
Betty, may you rest in peace and rise in the glory of Christ. Amen