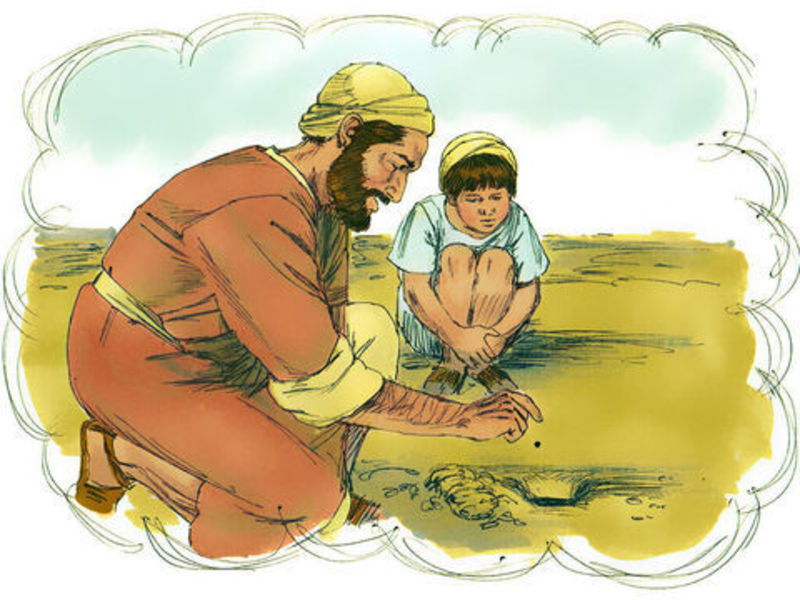 Gracious God, mercifully grant that your Holy Spirit may in all things direct and rule our hearts, Amen

It probably should come as no surprise, especially after hearing again the first reading that God doesn’t always choose the obvious people to carry out the tasks God has in mind. The prophet Samuel (who’d be a prophet?) had anointed Saul as leader but Saul had lapsed in his favour with God and God wanted someone else in the frame. Samuel is told to go see Jesse, as one of his sons is God’s choice for the top spot. Unfortunately for Samuel, God didn’t inform him which son was to be king. In a society where the pecking order was important, Jesse brings forward his eldest son. But no he was not God’s favoured one. A procession of sons, strictly in order of age, are brought before Jesse, but no dice. By now Samuel is probably getting concerned and Jesse is probably getting fed up. So Samuel asks: do you have any other sons? We of course know there is another and he is called David. As the youngest son, he was out in the fields doing the lowly shepherding job; but he is the one, destined to be the most celebrated king of Israel. It amused me to note that when we studied all this at Bible Study on Wednesday afternoon that although God told Samuel not to look at appearance, stature or outward appearance for determining who should be chosen, when the son to be anointed one, appears on the scene he is described as ruddy, with beautiful eyes and was handsome.

It also may be no surprise that the references to the Kingdom of God are a constant feature in the early chapters of Marks’ gospel; there are 17 in all. The kingdom is the reality of God’s presence and power within creation and the lives of the people of God. In Jesus and his ministry, God’s presence and rule have taken on new meaning

In today’s gospel passage Jesus tells two seed parables. In the first Jesus makes clear that the kingdom will grow relentlessly unseen by us and independent of what we do; and also at the end of the era, when Christ comes again, the kingdom will be fully grown.

The first parable is one unique to Mark’s gospel account. According to one commentator (Schweizer), the narrative is interesting because it refers to a very familiar practice of growing a crop, but makes no mention of the human activity usually involved, that is: plowing, harrowing and cultivating. It may be that Mark is wanting his hearers to be able to live without anxiety; that they understand that through faith the future is in God’s hands. Jesus is commissioned to sow, the rest is up to God. Our call then, in terms of this parable is asking us to be willing, for the sake of Jesus, to wait with him for God to provide the harvest. This we must do with a carefree attitude.

In the second parable Jesus exaggerates to make his point: the mustard seed is small, but not the smallest plant in Palestine; mustard matures to a large shrub but not a tree with ‘large branches’. Jesus intends parables to be easy to remember: the image of birds nesting in a mustard shrub would remain with his hearers for a long time. The kingdom of God would grow tremendously: from Jesus and a few followers, some of them outcasts from society, to something larger than anyone could imagine.

The main idea in this parable is the contrast between the small beginning and the wonder that God provides. The time between sowing and harvest represents the time of the coming of the Kingdom of God.

The passage as a whole emphasizes the hiddenness and smallness of the quiet beginnings of the kingdom and also underscores the sense in which the sower does not make the kingdom happen by force of will; indeed the sower of the parable doesn't even water or weed! The sower just sows and then sleeps and rises night and day, and the earth produces of itself, and the mustard plant puts forth its large branches. The kingdom grows organically. And inevitably, as day follows night, God's hidden, mysterious work in the world and in us will be fruitful.

When Samuel went to see Jesse he probably expected that the eldest son would be the one chosen by God. That was not the case. In many ways Samuel needed to lighten up, stop relying on his own ideas, and put everything in the hands of God. We do well to do the same, but as with other things in life, it is far easier to say, not so easy to do.

In fact most of us probably worry more than we should, and we also too often try to rely on ourselves when we are meant to put our trust in God.

This coming week we have to walk out in faith as we plan to return to Church for in-person services. As happened in the fall, some of us will be able to come, others will not. Whatever we decide we should trust in God. We will have to adjust, and be willing to adapt as our services change. So we must place ourselves entirely in God’s hands, setting aside out our ability, or inability, waiting with Jesus for the harvest. And whether we are in Church or at home, in Surrey or elsewhere we can continue to be together to worship, to pray, as a community joined as one body in person and online.