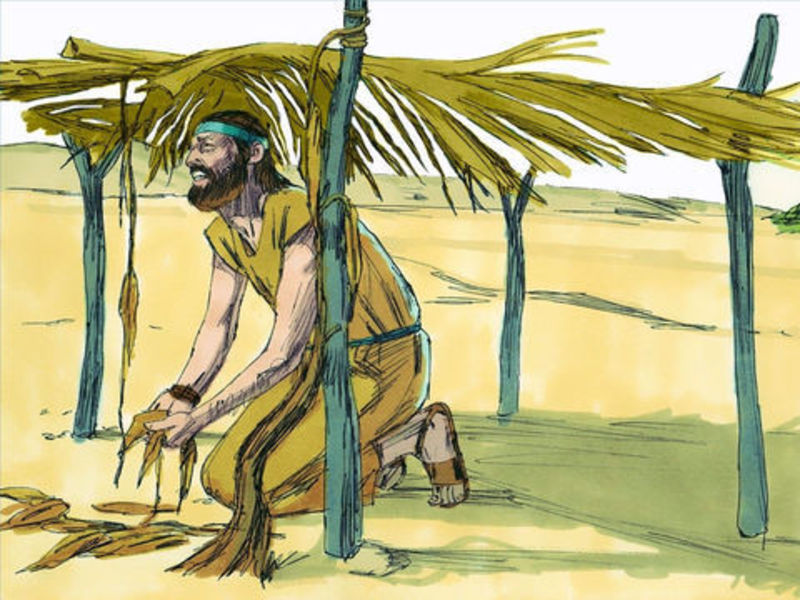 Loving God, by grace alone you call us and accept us in your service. Strengthen us by your Spirit, and make us worthy of your call; Amen

A while ago a warning light came on in my wife’s car. It was one of those warnings that make you think that the car is about to cease to function. It suggested there was a loss of pressure in a tyre or tyres. We went to a gas station one cold day and I waived my credit card at a machine for quite a few minutes to pay $1.50 for air. Of course, the light stayed on. I went back a second time and it said there was air in the tyres, but the light stayed on. It was all very frustrating and of course, designed to make you run to the dealership and spend money to have the light go off. We didn’t.

The best description of Jonah is as the reluctant prophet; though he is not alone in the Hebrew Scriptures (the Old Testament). Asked to go and speak with the people of Nineveh he goes to considerable lengths to avoid his call. Perhaps it is fair to say Jonah was a prophet with an attitude problem. For his reluctance to go to the city and deliver the message was not because the task was too hard, but because Jonah feared the people would repent and God would forgive them.

So Jonah slips town and sneaks aboard a ship. This is where Jonah’s plan starts to unravel. First, a terrible storm blows up and the crew, in fear of the ship sinking, throw part of the cargo overboard. Meanwhile, Jonah continues to sleep. When this makes no difference lots are cast. The belief was that someone on board had done wrong and everyone was being punished for the sake of this one person. Of course, Jonah knew he was at fault and is thrown overboard (at his own request). The fact that Jonah (a Jew) was willing to die for Gentiles of course has overtones that link to the death of Jesus (a Jew) who dies for the whole world. As we know Jonah was swallowed up by a large fish, prays to God for deliverance, and ended up on land not far from where his journey began.

As we likely remember Jonah is called a second time and probably realizes that he might as well do as God asks. This is where today’s passage picks up the narrative. So Jonah heads to Nineveh (a large city at the time) and after one day’s travel (across a city likely 5 km x 2.5 km) he delivers his message. Jonah tells the people that in 40 days the city would be overthrown if the people did not repent. Surprisingly, though not perhaps to Jonah, the people listen to the message, repent and put on sackcloth. When God saw the change of heart (as we hear in the last verse) God did not destroy the city.

Jonah was hopping mad with God. He didn’t want to come to give the message in the first place because he knew God could be compassionate. He decides to sulk under a bush (out of the hot sun) that God provides. Then the plant dies and again Jonah is upset. God challenges him: saying you worry about a plant, should not God then be concerned about the fate of the 120,000 residents of Nineveh.

This narrative is very important to the Chaldean community as many originate from the area of the city originally called Ninevah, which is situated close to the modern-day city of Mosul. The fast kept in the Chaldean tradition commemorates this prophecy with three days of annual fasting to recall the three days that Jonah spent in the belly of the fish. In 2021 the fast will take place from Monday, February 22nd to Wednesday, February 24th, and is very close to when western Christians begin Lent (February 17th).

In the gospel passage, the kingdom of God relates to God’s dominion over creation. In the time of Jesus this meant obeying all the commandments and also referred to a reign that comes after evil is dismissed and all suffering ends.

This is the wonder of death for when we die we cannot be confronted by evil anymore, and all our pain and suffering ends. Though we miss those whom we love but see no longer, when they have been sick or have suffered (or both) we can feel a sense of relief in that they are spared all earthy challenges and they can literally rest in peace.

In the New Testament initially, the kingdom of God was seen as being something in the future; that we have to wait for, something we seek or receive. Most often Jesus spoke of entering the kingdom; not a place, but more of a sphere or realm. In fact, Jesus never said when the kingdom would come; rather he refers to its nearness, about it having already come and of its presence amongst those who heard his message.

The coming of the kingdom depends on turning around, changing one’s mind, repenting. This then links to the first reading where God changes God’s mind about the people of Nineveh when they agree to change their ways.

In the second half of the gospel passage, the author wants to demonstrate what a new commitment might mean. For Mark discipleship begins with Jesus looking at a person.

There is no preparation; in fact, we don’t know if these four (Andrew and Peter, James and John) had even heard Jesus speak. Jesus does not meet them at the local synagogue, but when they are going about their everyday work as fishermen.

The call of Jesus is enough to make these four disciples. And it is no different for us; if we hear and respond to the call of Jesus we are de facto disciples. Again the call and response is shown as instantaneous. Jesus doesn’t say: look have a think about it and I will come back in a month and see what you have decided.

We should also appreciate that the concept of discipleship that Jesus begins, with the call of the fishermen, was not how rabbis normally operated; in fact, it is the opposite. In Judaism disciples were never called, rather they found the rabbi or teacher and began to follow his message.

Jesus calls these fishermen with the simple message: ‘follow me’, where Jesus tells them they will fish for people. All four leave their nets to follow the preacher and teacher.

But back to my wife’s car. Our son managed to YouTube the answer and directed his dad to extinguish the light; one hopes there is air in the tyres now. Like Jonah, I knew what the outcome would be (the light going off) it just took a while to get there.

In today’s readings, we see God working with those who are reluctant to act at God’s direction (Jonah) and with those who answer the call willingly (the disciples). At various times in our lives, there is something of Jonah in all of us, and at other times we act more like the disciples. Remember Jonah had a point when he said he knew God would forgive the people of Nineveh: he was absolutely right. Also, remember the disciples at times were unclear about the message and mission of Jesus. We are no different and our call is always to follow in faith, hope and love, wherever and however God calls.