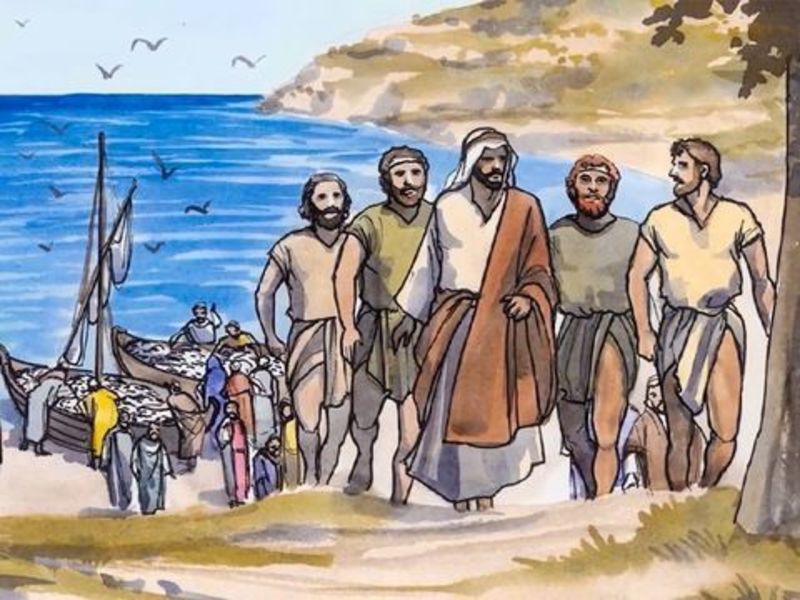 Loving God, your son Jesus Christ is the light of the world. May your people, illumined by your word and sacraments, shine with the radiance of his glory, that he may be known, worshipped, and obeyed to the ends of the earth; Amen

For quite a long time now I have been neurotic about collecting points with loyalty cards. It started with the grocery store and finding all sorts of excuses to spend the right amount of money to get a particular number of points. That said I never did buy 6 boxes of breakfast cereal we didn’t like so that we could get those points. At the gas station the card rewarded you in $ increments, so when gas prices went up yours truly would stand at the pump to ensure my fill-up matched the increment exactly. It is rather sad, isn’t it? My excuse for this somewhat idiotic behaviour was that we could point to fly to the UK to see family and friends. We have used points on several occasions and saved some money, but fortunately, I never stopped to work out how much money we spent to get these breaks on flights.

In March as the pandemic started my habit was finally broken. First off our visits to the grocery stores were less frequent and didn’t always correspond with the day or days when points were available. Also, my gas mileage almost dried up as I was no longer travelling back and forth to Surrey. It took a pandemic to make me see that collecting points was a habit that probably wasn’t helpful and almost certainly not economical. And although we plan to fly to the UK when it is safe to do so, we already have credits for the flights we were due to take in October when we were heading for Iona and afterwards to see my mum and my siblings.

Last week we heard about the Baptism of Jesus, which for many people is regarded as the moment when his ministry of teaching and healing began. Today we start to examine the notion of vocation or call, as it relates to the first disciples who came to work alongside Jesus.

During this liturgical year, we are following the gospel of Mark. As the shortest gospel there basically isn’t enough material to fill the 52 weeks of the year, which for the Church begins and ends in late November with Advent Sunday and the Reign of Christ respectively. So at various points (like today), we have a passage from John, but also on other occasions from Matthew and Luke.

The common idea we probably have about the call of the disciples is that Jesus finds particular people and calls them to join him in his missionary work. Today the gospel passage from John sort of puts that notion of call in a different light.

The fourth gospel (John) makes clear that Andrew and Simon Peter were originally disciples not of Jesus, but of John the Baptist. He tells his disciples that whereas he (John) baptises with water, Jesus (as is suggested in the other gospel accounts) is the one (on whom the Holy Spirit descends) who will baptise with the Holy Spirit. After John tells Andrew and Simon Peter this, when they see Jesus the next day, John tells them that Jesus is the Lamb of God. It is at this point that the two disciples begin to follow Jesus. When the two disciples see Jesus he asks them what they are looking for; they answer by asking where Jesus is staying; to which he replies ‘come and see’. The disciples stay with Jesus all day and we hear, Andrew begins to follow Jesus. His first task (as a disciple of Jesus) is to find his brother and bring him to Jesus. When Jesus sees Peter he knows him to Simon, son of John, but Jesus now tells him he is to be called Cephas (meaning Peter).

The passage which forms today’s gospel is similar in style to this previous passage (regarding Andrew and Peter), as the call of one disciple comes not directly from Jesus (as such) but through another person. So in our narrative today Jesus goes to Galilee and finds Philip and says to him: ‘follow me’. Philip we are told was from the same city as Andrew and Peter, namely Bethsaida. But now, just as Andrew had gone to bring Simon (Peter) to Jesus, Philip seeks to bring Nathanael. To start with Nathanael is not impressed; saying: ‘Can anything good come out of Nazareth’. As a small town in Galilee, Nazareth isn’t regarded as a place that might produce a leader or teacher. It was often thought that a religious leader would have been trained at the temple in Jerusalem.

One commentator (Lewis) is clear that for the author of the fourth gospel the calling of the disciples two themes are central: following and finding. So when Andrew and Peter hear John the Baptist give witness to who Jesus is (the Lamb of God), both immediately begin to follow Jesus. Also to follow Jesus becomes the essential way to understand what discipleship means. When Peter is renamed by Jesus (from Simon to Peter), the first thing Jesus says to him is: ‘follow me’. The same commentator says that Peter now follows Jesus for three years witnessing his signs and listening to his words. However the call was more than this: for to follow Jesus (in Peter’s case but also for other disciples) meant also following him to death, as Jesus predicts of Peter in chapter 21 of the fourth gospel.

This leads to thinking about finding: Andrew ‘finds’ his brother Peter when they have encountered Jesus whilst still being disciples of John the Baptist. In today’s passage, it is Philip who ‘finds’ Nathaniel. It is also implied that finding Jesus, is not a once and for all event, but something that leads to an on-going relationship. To give an example, when we see someone we know well in a different light, this adds something to the on-going relationship. Sometimes a friend or our partner might tell us something we have never heard before about their life, an event which gives a different sense of who that person really is to us.

Philip ‘invites’ Nathaniel to ‘come and see’ Jesus. These are the same words used by Jesus to Andrew and Peter, and (Lewis suggests) the Samaritan woman says to her townspeople after her encounter with Jesus.

Since Christmas, I have been invited time after time to follow the trail for loyalty points in countless messages. The requests are to come and see what can be purchased and what points we will gather when we spend money. So far I have resisted the temptation and long may it be so.

More seriously our call as followers of Jesus Christ is to ‘find’ Jesus, time after time. To ‘know him’ better by listening to his words and assisting others to ‘find’ him too. For the more time we spend getting to ‘know’ Jesus, the better we will ‘know’ ourselves, and we will ‘find’ other travellers to guide us and accompany us on the pilgrimage of faith.

Jesus calls us to ‘follow him’, to enter into an on-going relationship with him by getting to ‘know’ him. For Jesus always wants us to ‘come and see’.