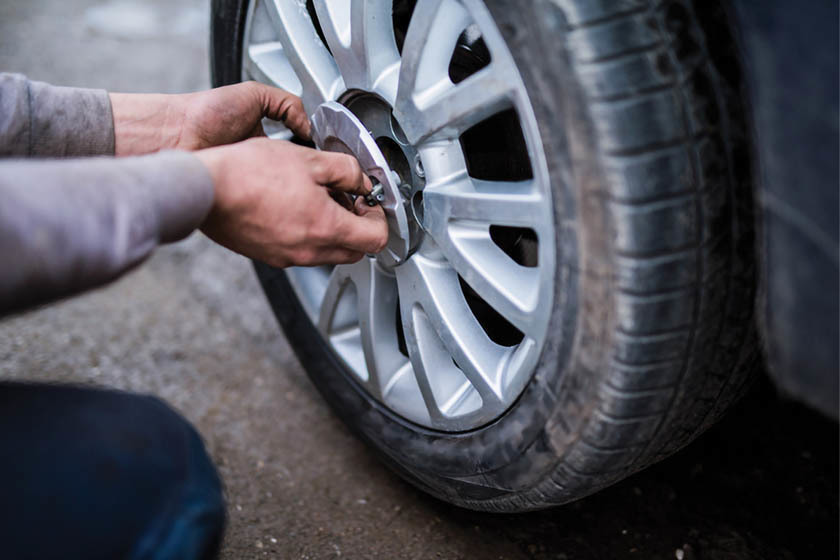 In the seven years since the Church of the Epiphany, Surrey first welcomed members of the Chaldean community into our congregation, one person has stood out when a task needed to be done, especially if it was of a practical nature. This guy was always in the forefront when work needed doing, but often stayed in the shadows and never wanted credit for his role. I am not naming him in this piece because I reckon he’d prefer that.

So the other day I was out and about near the parish when I noticed just ahead on a major road a pothole; the sort that appears after heavy rain. There were three lanes of traffic and a car on either side of me and I was travelling at speed; within the limits, I’d add!

There wasn’t a choice and I hit the pothole with a loud thump. I kept going hoping with not huge conviction (we all experience that feeling from time to time, hairs standing up one's neck, muted anxiety) all would be well. After a moment or two the car's warning light came on, my heart skipped a bit ... reduced pressure in the right front tire. This is the point when regular people stop and take a look. Me, I decided that keeping going was the best plan. It wasn’t an especially good idea. Long story short, I found a gas station. I thought I’d put some air in the tire to get me home. There was another person using the air pressure machine. I love the way you have to pay for air these days!

So as I’m waiting I decided to finally take a look. I don’t know much about cars but even I could tell that there wasn’t going to be any purpose in waiting to put air in this tire. So I moved my car in front of the gas station and called my wife to say I’d be late arriving home. Then I got out of the car and as I looked around I took note of the address of the gas station on the door above the front entrance to the storefront. I called our tow truck company for assistance, grateful in the knowledge that in the near future someone will come and sort this out. As I’m waiting to speak to a human I see someone I recognize about to go in and get coffee.

I had missed him too in spite of various attempts to go to his place of work in case he was there during the last 12 months. Having been working mostly from home we just hadn’t seen each other.

I showed him the tire and at once, as he always does, he stepped into action. There was a spare, I did know that much. Within a few moments the jack, the spare and any other tools located in the trunk were being put to good use. I offered to buy my friend a coffee; he loves coffee. To my request, he replied, "No Father, do you want a coffee?" I didn’t.

It took a few minutes and it was all done and the jack stowed away and I certainly planned to heed the instructions not to exceed 80 km on the way home. I wanted to hug him, big time.

I said to him, " you are my guardian angel." What were the chances my friend would head home early, and decide to get a coffee en route?

The article can be found at https://www.vancouver.anglican.ca/blog/my-guardian-angel