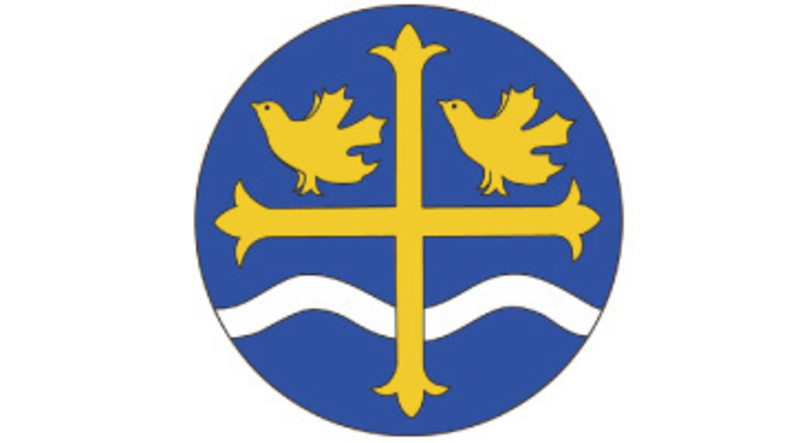 May the Lord, when he comes find us watching and waiting, Amen

Although I spent a year living in East Africa (Kenya), the first time I visited a desert was earlier this year when we went to Osoyoos. Anyone with a degree in geography or who like me is pedantic, might say well Osoyoos is technically not a desert, but it pretty close by virtue of its flora and fauna. To be a true desert it has too much rainfall, which at 318 mm per year, is less than in November and December alone in North Vancouver.

In Osoyoos: yes it was hot, yes it was dry but it wasn’t exactly uninviting. Of course, our motel had a pool and air conditioning and we kept out of the sun. We even visited the Desert Centre, only to find that all the wildlife (even at 10 am) was sensibly nowhere to be found, as the day got hotter. We even visited a couple of wineries that produce good fruit with plentiful irrigation. So all in all not at all a bad desert.

We were very fortunate (as Diocesan clergy) to have a Zoom study by a New Testament scholar (Kathy Grieb) back in October, whose two-day course was devoted to Mark’s gospel. It was a great preparation for the liturgical year which started last Sunday that follows this gospel account.

In the very first words of Mark, we are told who this gospel (good news) is about: Jesus Christ, the Son of God. It is the role of John to prepare the way for Jesus as it is our role in Advent to prepare ourselves for the coming of Jesus Christ.

Of course, John (not Jesus) is the central figure of this second Sunday of Advent gospel passage. John was a prophet after the style of Elijah, who lived in the wilderness (likely the area around Mount Sinai). John was no smartly dressed TV evangelist, no he was dressed in camel’s hair and leather and ate locusts and wild honey. One imagines he looked pretty scary and probably didn’t smell that good, but he attracted the crowds who wanted to hear some good news. The dessert was commonly avoided, not least because demons were believed to hang out there, it might (says our commentator) be a place where strange sounds were heard and it was somewhere no one willingly entered.

John is dressed like Elijah, an Old Testament prophet with a fiery message for the people of God. And later, when John is executed by Herod, his death symbolizes what will later happen to Jesus himself.

John calls the people (and we also are called) to repent, which means to turn round, in other words, to turn away from our own selfish desires and turn back to God. That is at the heart of what Advent is about: getting back on track, preparing, waiting, watching, for the coming of the light.

John then is the focus of our attention; and Jesus does not show up in these eight verses, and only then in reference to his baptism by John. This is at odds with the majority of the rest of the gospel (of Mark) where Jesus is centre stage in almost every verse. One commentator suggests that in today’s gospel passage, and next week’s, we get two differing accounts of who John the Baptist is: from the authors of the gospels of Mark and John respectively. In Mark today, John is Elijah; whereas in John’s gospel account next Sunday, John clearly informs people that he is not Elijah. For Mark, John the Baptist is the Elijah (returned as the prophet Malachi said), dressed and acting like his forebear. In fact, it is John who is the forerunner (in John’s gospel): the one who comes to announce the coming of the Messiah. John is also acting for God to prepare for the Lord and his baptism of repentance is the means for people to ready themselves. It is John (says Thurston) who preaches, who is delivered up and martyred, just as Jesus would be; John then is Jesus’ forerunner in life and in death.

Our commentator (Powell) points out that the River Jordan (in which Jesus was baptized) was highly symbolic as the place where the people of God (after the Exodus) arrived at the end of their forty-year wandering in the wilderness. When the people entered these waters they knew their journey was complete and that God’s promises were about to be fulfilled. For the prophet Isaiah, the context was likely the end of the exile in Babylon, and for John (the Baptist) it was the coming of the long-awaited Messiah. For Christians today (we might suggest) we await the coming of Christ afresh to us at Christmas and also (held in parallel) the second coming of Christ (at our own death) or at the end of time.

John then wanted to announce the coming of the Lord. For him this meant preparation: that people confessed their sins, were baptized; and as Jesus adds in verse 15 (of chapter 1): believe the good news.

It is suggested (Powell) our commentator says: that in Advent we are reminded that God is coming to search us out. We may have our ways of hiding but this is the God who always finds us.

So our advent journey, now in its second week, is about watching, waiting and preparing. And Advent is also a time for coming out of hiding that God might find us and make God known to us through Jesus Christ.

When we visited the desert, as I mentioned the wildlife were in hiding during the day, to escape the sun and the heat. Another reading we could have used today from Isaiah 40 which speaks of the way of the Lord being prepared in the wilderness; it is John who came to prepare the way for Jesus, and by listening to his message we prepare ourselves once again for his coming both as a child and in his second coming. In Advent, our attempts to hide from God come to nothing. We are called to wait, to engage, to be present, preparing, waiting, watching, for the coming of the light.